The computer that goes up to 11. Fat Panel sold seperately. 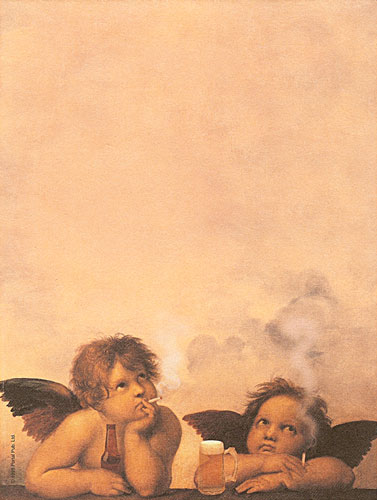 Silly image from a series of posters, pads, and cards which I created for Portal Publications in 1995. I always liked this image. It was a good seller, too. 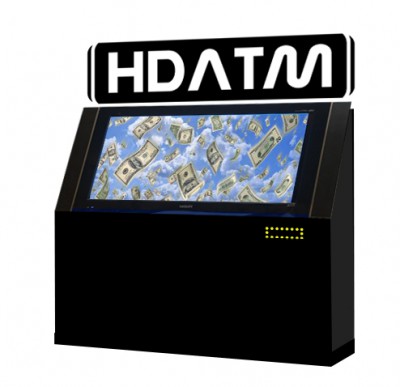 Have you been using an old-fashioned analog ATM all these years? Then you are in for a surprise. The widescreen HDATM is as good as banking technology gets. High-definition ATM’s have far more pixels than older ATM’s. You get a crisp, detailed image. It’s unlike any ATM you have seen before.

The widescreen HDATM has a higher aspect ratio than analog ATM’s of the past. It is so much easier to make financial transactions this way. And the aspect ratio of a widescreen HDATM closely matches the viewing angle of the human eye. Funds will look more real and natural. You will be able to immerse yourself totally in the banking experience. Quick action and realistic viewing angles put you in the bank. Every corner of the screen is filled with cash. And the picture will not blur due to fast movement, like on ATM’s of the past. It’s all crystal clear with HDATM.

Our widescreen HDATM provides you with Digital Dolby Surround sound. This equals what you would hear in a movie theater. The sound quality and widescreen HDATM format make the experience even more rewarding. This is banking as you have never seen it before.

Not my image, but worthy of stealing. Created by one of my students at Emerson College. Fair Use, says it all

Here’s a logo which I art directed for Gamelogic Inc. in 2004. This was part of their larger branding package. I always thought this turned out well – it’s a fun image. 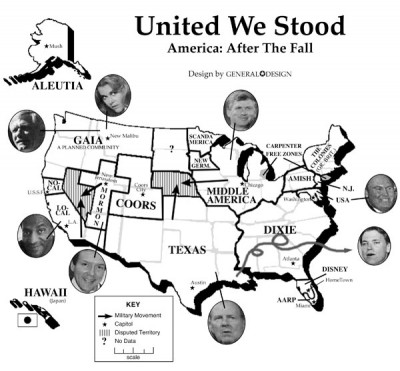 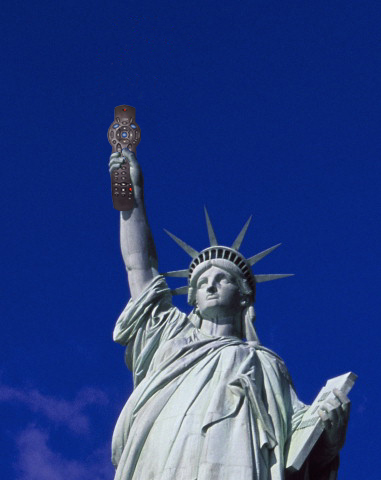 Give me liberty or give me the remote

Here’s an image I made – which never made the grade – for an ITV startup. But I still like it … This is the best logo in the world. Ever. Seriously.

I saw this in Beijing last winter. I’m not sure exactly what they were selling, but if I had the time, I would have bought one.

I’m guessing this must be Chairman Sanders.

Would like to see Google diversify out of the internet business.

Hoping be able to buy Google Tires for my Honda sometime soon. Created the logo in hopes that Google will follow suit. Can’t decide? Get both.

The BK Hybrid – Chicken and Beef. In one delicious patty.

One long couch down the middle, facing the side. 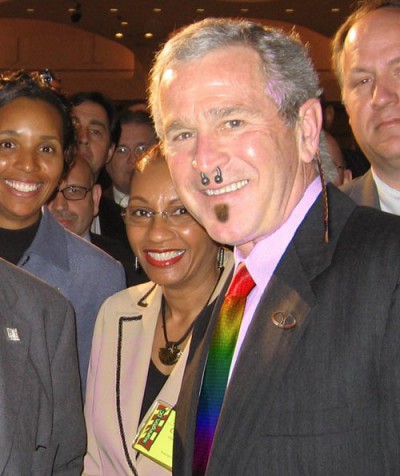 The voters sent a clear message, so, if you can’t beat ‘em, join ‘em…

What I’d like to see: a mad dash to see which politicians can be the most liberal…