Big thanks from Gardner, Xavier, and myself to everyone at the Big Chill for making this a great show, including MC Rebbe, Lisa Loco, Simon from Pioneer, Hexstatic, Coldcut, eXceeda, DJ Tom Laroc, Addictive TV, and the production crew at the Big Chill. Oh, and special big thanks to the airline pilots that came in during the airplanes piece. Wow.

Below are some pics from the show, as well as some render tests from the material which I presented.

The highlight of the night for me was when I looked to my right and there was Matt Black cutting up some of Xav’s cartoon set. That really made my day – thanks, Matt. Much love. 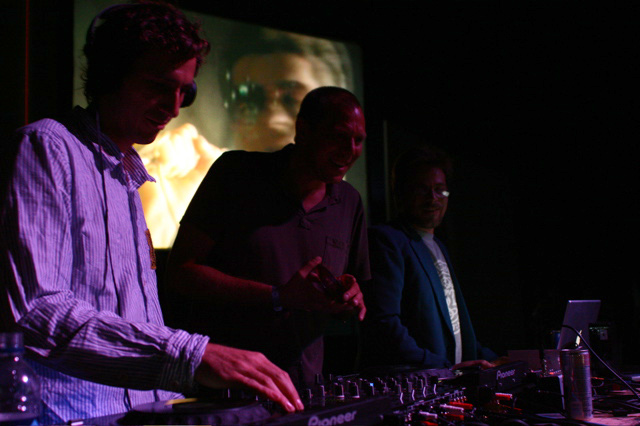